Detecting Threats and Securing the Kubernetes Environment with Falco

We are always looking for best practices while working with the Kubernetes cluster to secure our system. Also, we use 2FA's, Container Image Scanning and Network Policy to prevent intrusions. Sometimes, it can be hard to keep our system secure despite all these precautions. And when attacks happen, it's crucial to detect threats and respond as quickly as possible in order to secure our Kubernetes environment. In this blog post, we'll explore using open-source Falco to detect unexpected behaviour and alerts on threats at runtime. 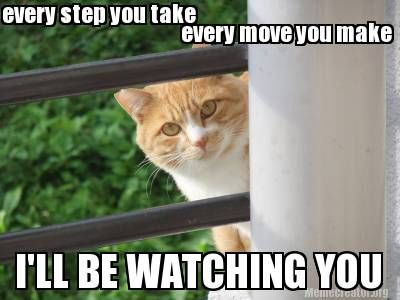 Falco can consume events from different sources and apply rules to these events to detect abnormal behaviours. One of the event sources is syscalls which detects with drivers. Currently, the Falco project has three different kinds of drivers such as the Kernel module, which is the default driver for Falco, eBPF probe and Userspace instrumentation. For detailed information, please visit here.

At the core of Falco is a list of rules. These rules govern all events in a Kubernetes cluster. Here are some events Falco checks:

A Falco rules file is a YAML file. A rule file contains three types of elements:

Rules consist of key fields such as description, condition, output and priority. The condition field is a filtering expression that is applied against events to check whether they match the rule, under which alerts should be generated. It has another field named output, which contains the string that is sent with the alert.

Macros are reusable mini-rules. They are used to create rules quickly and predictably. Instead of redefining the sub-portions, we can define them as macro and use them in more than one condition. You will find an example of this below.

Lists are collections of items that you can include in rules, macros or even other lists.

Let’s explain the condition with an example. Let’s say we want to detect if any of our node.js containers run any processes which are not node.js binary. So, we’re going to write this:

Let’s explain how Falco reads each part of the condition here:

You can use many field classes to create conditions such as evt as in evt.type or k8s as in k8s.deployment.name. To check the list please visit here.

Here's another example of a condition that alerts whenever a bash shell is run inside a container successfully:

Let’s take a look at another example with macros. Falco can hook the kube-api events. In this example, we can detect if someone is creating or modifying a config map that has some private credential inside rather than using it as a secret.

In this example, we used macros to simplify the condition of the rule.

As mentioned before, if any rule in Falco is violated, it triggers an alert. By default, Falco has 5 outputs for its events: stdout, file, gRPC, shell and HTTP. Even if they're convenient, we can quickly be limited to integrating Falco with other components. This is where Falcosidekick comes into play. Falcosidekick is a little daemon that extends that number of possible outputs. It manages a large variety of outputs with different purposes such as Slack, Teams and Discord for Chat, Datadog and Prometheus for Metrics, OpsGenie and PagerDuty for Alerting, etc. To see the whole list please visit here.

Now, Let’s Get Our Hands Dirty!

One of the easiest ways to install Falco is to use Helm.

After making sure Helm is installed, let’s continue to install the Falco with notification-daemon Falcosidekick. We have a cluster with 2 nodes that we will use for the demo.

Next, we need to add falcosecurity to the Helm repo, update and install it. We’ll use Slack as an output in this demo. So, please don't forget to change the Slack webhook URL while installing it.

Falco is applied once per node because it is deployed as a DaemonSet in the cluster. To check the status of Falco pods:

We have successfully installed Falco.
Let’s Test Falco!
First, create an httpd pod with imperative command and run an exec command for that pod.

Now, let's take a look at the channel we set as incoming webhook on Slack.

As you can see, Falco caught the bash command we were running when using the exec command and informed us about the activities in our system. From now on, Falco will notify us if there is any "dangerous" behaviour in our system.

Falco is a great behavioural activity monitor tool for Kubernetes clusters. By using this tool, you can be instantly informed about what is happening in your cluster. In this article, we briefly talked about how a rule is created for Falco. Once you understand the logic of the rule, the limit will be your imagination.